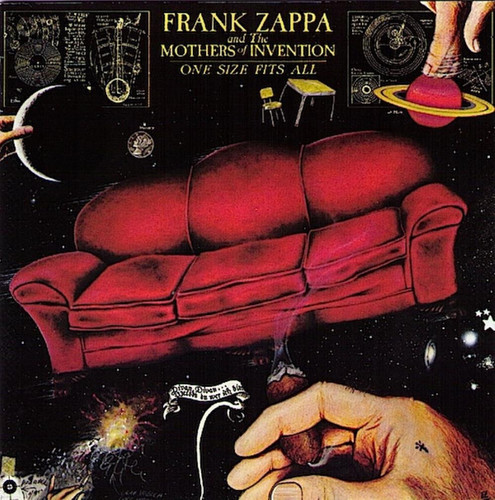 The first release under the new Zappa Records/UMe agreement, this remastered 40th Anniversary Edition of Frank Zappa and the Mothers of Invention's One Size Fits All album, will be released on 180-gram vinyl. Originally released in 1975, it was Zappa's final album with the Mothers of Invention line-up, featuring guest vocals by Johnny 'Guitar' Watson on two tracks, 'San Ber'dino' and 'Andy.'