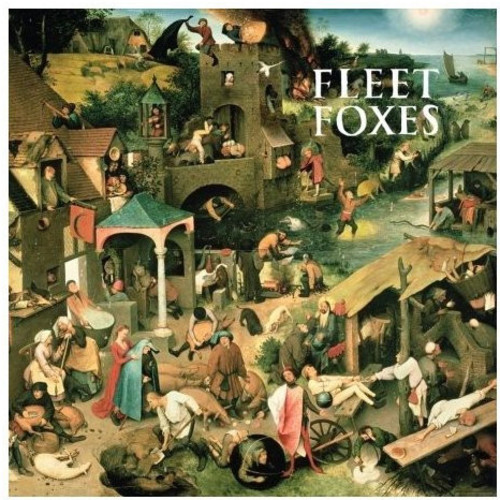 2008 album from this Seattle based quintet. Fleet Foxes are, for lack of an imminently more marketable descriptor, a group trafficking in baroque harmonic pop. And the joy they derive in doing so is palpable. We feel it too. They are, self-described, not much of a rock band. With the help of credit cards, minimum wages, tip money, friends and family, Fleet Foxes crafted their first demo, and subsequently the Sun Giant EP and this debut full-length album, with family friend Phil Ek manning the rudder. Drawing influence from the traditions of folk music, pop, choral music and gospel, sacred harp singing, West Coast music, traditional music from Ireland to Japan, film scores, and their NW peers, Fleet Foxes ranges in subject matter from the natural world and familial bonds to bygone loves and stone cold graves.
back to top